Better 5-axis machining processes, in terms of both finish and form, will result from EU research programme Twin-Control. The UK’s University of Sheffield is leading on the metalcutting process control element

The university is one of 11 partners in the three-year €5.6 million project (http://twincontrol.eu) that started at the beginning of October last year. The organisation’s role is the process modelling of milling, boring and turning processes. As part of a wider system, this will allow the prediction of static and dynamic cutting forces, torque, power requirements and stability, plus form errors and surface roughness. The software will be used off machine to generate optimum process parameters for CNC programs, optimise existing programs and for on-machine process control.

Within the project there are nine work packages. The University of Sheffield’s work falls under package four, ‘virtual manufacturing model’. Apart from the university’s part in this, there are both energy consumption and spindle bearing life elements to this work package; the former is undertaken by the Technical University of Darmstadt, Germany, and the latter by Spain’s IK4-Tekniker research alliance operation. Work package four will finish in late summer of next year for 5-axis milling, turning and boring, but 5-axis machining is the kick-off and most demanding process.

Consortium partners at the kick-off meeting

As the name implies, Twin-Control has two parts. One is an off-machine system for supporting both machine tool design and process modelling prior to running a job, while a second, more simple on-machine system runs within a machine’s CNC unit to support in-process control -– machine tool parameter measurement (power, torque, temperature etc) being compared to the model’s expectations. An extension of that parameter measurement is the capture of what is called ‘fleet’ data; real world information recorded from machine tools that is used to update both off- and on-machine models to improve their accuracy, while it also supports a machine health monitoring aspect.

Twin-Control reliability will be demonstrated in low volume aerospace at MASA of Agoncillo, Spain, and in high volume automotive industries at Renault, Cleon, France, in both cases around October next year, and additionally within three other settings. One of those is Factory 2050, a facility that is a showcase for the advanced manufacturing technologies of the University of Sheffield’s AMRC with Boeing’s Integrated Manufacturing Group that, like the AMRC, is based on the Advanced Manufacturing Park between Sheffield and Rotherham. Here the subject machine will be a DMG Mori (0247 651 6120) Lasertec additive/5-axis machining hybrid machine, with demonstration anticipated during the summer of 2017. A 5-axis milling machine within Factory 2050 will also be fitted with Twin-Control technology. 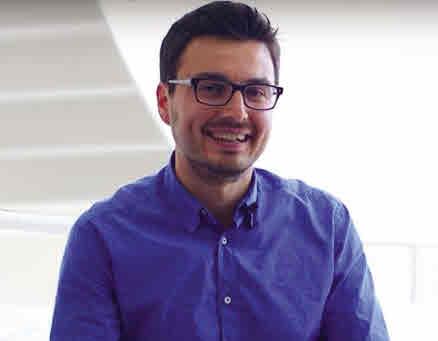 Speaking in July, Ozturk said the university is currently taking in the effects of tool and workpiece vibrations so that it can calculate dynamic forces and process stability. Initial validation machining tests of the model incorporating both static and dynamic elements were to be undertaken later this summer, using an as-yet unspecified machine within the AMRC. These tests will see the university’s process model’s predictions compared with actual form and surface errors, with these in isolation of work package three (virtual machine tool).

Work packages three and four link together in the respect that the ‘virtual manufacturing model’ supplies cutting force data to the ‘virtual machine tool’, with the latter calculating surface finish and form errors on the part that will be represented by the new ModuleWorks software mentioned above. Integration of work packages three and four will be complete by late summer 2017. The ‘virtual machine work element’, incidentally, is being driven by Samtech, a Siemens company that is an expert in finite element modelling (FEM) and multi-body simulation (MBS).

It is additionally planned that the university’s ‘virtual manufacturing model’ will include so-called non-linearities (seemingly chaotic events, where input is not proportional to output and where no easy extrapolation is possible). These non-linearities can only be included in the model as data points that say what will happen in specific circumstances – between data points, it isn’t possible to accurately know what the effects will be. It is not possible to include non-linearities on machine, however, due to the simplified nature of the on-machine model.

Now there is already a software product that can predict static surface and form errors and make adjustments to CNC programs, MACHPRO (http://bit.ly/2aMAN9J). But, underlines Ozturk: “While this is state-of-the-art at the moment, we want to exceed state-of-the-art. While it can predict static cutting forces and form errors, there is no solution available today for dynamic forces and surface roughness prediction.” Novel also is that the process model will be integrated with the virtual machine tool model, and also that there’ll be in-process parameter measurement comparison to the on-machine model.

So, explains Ozturk, a machine tool setter will be able to run a program in the control without actually cutting to gain an indication of whether there are likely to be any problems of surface finish or form. If these can be avoided through feed rate changes, then this can be done on the machine, the project coordinator advises, but if they require depth of cut or toolpath changes, this is currently an off-line update, although ModuleWorks is working on software that will support the on-machine update of these other parameters, he adds.

The on-machine model is also used as a reference for real time measurement of machine parameters. Twin-Control partner Artis, a Marposs company (02476 636688), will take measurements on machine using its Genior Modular system, an automatic tool and process monitoring unit. These measurements can be compared to what is expected, with anomalies prompting some machine action.

This feedback data is also used to support updating of Twin-Control models to account for real world performance, so improving the virtual models. The data is additionally used to capture machine tool fleet health information and support preventative maintenance, for example. This fleet information will reside on the Renault and MASA internal networks.

When all this is finished by October 2018, ModuleWorks will take the lead in exploiting a complete solution, Machinery was told, and, although this is a Europe-funded project, there will be no barriers to prevent those in other regions of the world from acquiring the technology.

This article was first published in the Machinery September 2016 5-axis supplement.